Facts about toxic substances and how they affect your body

What is a toxic substance? 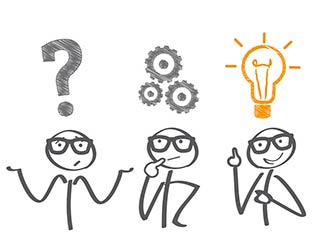 A toxic substance is a compound that is poisonous and does cause adverse health effects. Products that are used daily, such as household cleaning and laundry chemicals, prescription and over-the-counter drugs, gasoline products, alcohol, pesticides mixtures, fuel oil and cosmetics are also toxic. Any chemical is toxic and harmful under specific conditions.

How do toxins cause harm?

Toxins damage enzymes functions so they cannot breakdown substances required for body functions, thus undermining virtually all bodily functions. These toxins for example inhibit the production of hemoglobin in the blood and lower the body’s capacity to prevent the free-radical damage that accelerates aging and causes most of the diseases.

Toxic substances damage nearly all your organs and systems. The first and most important detoxification systems that suffer are lungs, digestive tract, liver, and kidneys.

Toxins damage DNA that increases the rate of tissue degeneration. Signaling” in the body occurs within the cell membranes. Damage to the membranes prevents them from getting important signals and for example causes insulin not signaling the cells to process more sugar, or muscle cells not responding to the mineral compounds such as magnesium to relax.

Toxins induce, inhibit, mimic, and block hormones. This leads to most systemic illnesses since the body cannot regulate its functions via hormone messengers.

The toxic effects of a substance is described by adverse effects it causes and its measurable potency.

Effects and types of toxic substances
All chemicals cause different effects on organic life. One chemical causes diarrhea, but not cancer. Another chemical may have no noticeable effects on stomach function during the exposure, but causes cancer many years later.

Chemical substance potency
Potency is a measurement of a specific chemical’s toxicity. The more potent the toxin, the more dangerous it is.

The substance potency and thus the toxicity depends also by the ability of human body to break it down. When a chemical is absorbed into the body, its toxic structure may be changed or metabolized differently to a substance that is more or less dangerous. For example, a commonly used solvent can be changed by the body into a more toxic chemical that causes liver and kidney damage.

Exposure to a chemical
A chemical causes health effects only when enters the body. The most common ways that a body is exposed to chemicals are via inhalation, ingestion or direct contact.

Inhalation of vapors, gases, particle dusts is a frequent route of exposure. Chemicals can enter and cause inflammation of the nose, air passages, lungs and all internal organs. They can become deposited in the airways, absorbed by the lungs into the bloodstream and further deposited into the tissues causing long term harm.

Ingestion of toxins with food, drink or other substances is another way of exposure. Children are at more risk of ingesting substances found in environment because they often put their fingers or other objects in their mouth.

Direct contact with the human skin or eyes is another route of exposure. Most substances are rapidly absorbed through the skin and the bloodstream immediately whether or not the skin is broken, cut or cracked.

The route of exposure can determine whether or not the toxic substance has an effect. Breathing or swallowing lead can result in health effects, but touching lead is not harmful because lead isn’t absorbed through the skin.

Exposure dose
The amount of a toxic compound that enters a body is called a dose. The total body weight is an important consideration when evaluating the total toxic exposure received. Hence, if a child is exposed to the same amount of toxin as an adult is affected more than the adult.

Acute exposure is a brief exposure to a chemical substance. It may last a second or indefinitely via the contaminated environment. For example, it might take a few minutes to clean floors with bleach or use a nail polish. The vapors a person inhales during these activities are examples of an acute exposure.

Chronic long term exposure is a repeated contact with a toxin over a long period of time. If a toxic substance such as an air freshener is used every day on the job, the exposure would be chronic and harmful. Over time, the chemicals build up in the body and cause long-term health effects. These adverse health effects symptoms are often not associated with health conditions since majority of people are not able to connect their symptoms to their triggers. Furthermore, many people are not even able to recognize they have any symptoms.

Chemicals propagating from landfills enter the ground waters and contaminate nearby wells and seep into basements. People are generally exposed for a long time to chemicals from their drinking water or indoor air.

Although not all people are equally sensitive to chemicals and their effects on a body, most of them are affected in the same way. Some of the factors that make people more or less sensitive are the ability to break down or eliminate certain toxins due to genetic differences or ability to recognize the symptoms.

People become allergic to their environmental pollutants such as tree or grass pollen often due to absolutely unrelated chemical exposure at work for example. Therefore, the more industrialized area you live in, the more chances you will become sick and allergic to even harmless substances created by the nature. Generally environmental allergies are triggered 2-3 years after the exposure.

What can happen if you are exposed to a chemical?

Chemicals affect all systems in a body, including respiratory, digestive, circulatory, nervous and reproductive. Many chemicals, such as acids, are nonspecific and cause damage generally on direct contact. Other toxins, like petroleum, are absorbed into the blood via breathing, and carried throughout all body tissues. It is a common misconception that chemicals affect only certain target systems or target organs.

Every organ in body system has specific functions and physical distinctiveness. The effect of chemicals on each organ can be evaluated slightly differently. There are three primary ways in which toxins affect the reproductive system for example.

First, toxic exposure affects a man’s or woman’s reproductive organs by making the production of sperm or eggs more difficult.

Second, the toxins act directly on an unborn baby. Since chemicals are transferred from the mother’s blood to the unborn baby via blood, the fetus can is affected at the same time when the mother is exposed to man made chemicals. The adverse health effects can range from birth defects to learning disabilities.

Third, most chemicals have indirect effects on the development of the fetus. For example, smoking contaminated by chemicals cigarettes during pregnancy reduces the amount of oxygen to the fetus. The lack of oxygen affects the baby’s brain tissue growth.

Virtually all chemical exposures affect reproduction, and it is best to eliminate exposure to all toxic substances during pregnancy and once the child is born.

Cancer is a good example of a delayed adverse health effect resulting from a short or long term chemical exposure. Cancer is the uncontrolled growth and spread of abnormal cells in the body that suffered a damage via exposure to a chemical, ultraviolet or ionizing radiation or high frequency EMF radiation. Exposure to chemicals, such as benzene and asbestos, produces cancer in humans.

Some toxins produce cancer in animals, but less so in humans. Generally cancer may not appear until 5 to 40 years after a short or long term exposure, therefore tracking and determining the cause of cancer is a very difficult task.

How can I be proactive against toxic air pollution products?